Have you ever heard of a Hail Mary Pass?

I grew up with an American football mad,  Notre Dame graduate Catholic stepfather named Gene, who explained it to me in this way.  “When you are the quarter back and you have an entire team of growling padded players barreling down on you intent on squishing you like a bug and you are too far from the endzone to have any chance of making it on your own,  you say a quick prayer to Saint Mary and throw it hoping for divine intervention.  That Mandi, is a Hail Mary pass.”

I just got the results of last years biggest Hail Mary Pass I made.  See I am a photographer.  The most complex thing I have ever directed was my Feast of the Addicts image.  Which was fun and complex and involved casting, costume, set design, prop sourcing, directing, lighting, catering, makeup, styling, post production.   Kind of like making a short film in one frame.

So when I started down the path of the #Everybody is a Treasure Project I could see its potential to reach hundreds of women…but what if there was a way for the spirit of it to reach millions?  That is a Hail Mary thought.
So it got me thinking.

What has come from it is pretty freaking cool.

I thought…what if.
What if I made a movie about the project?  What would I need to do to get there?  Start small…okay..what about a short film?
And as  often happens when you narrow your focus something comes into focus.  For me it was Fresh Shorts – A talent development fund put on by the New Zealand Film Commission. 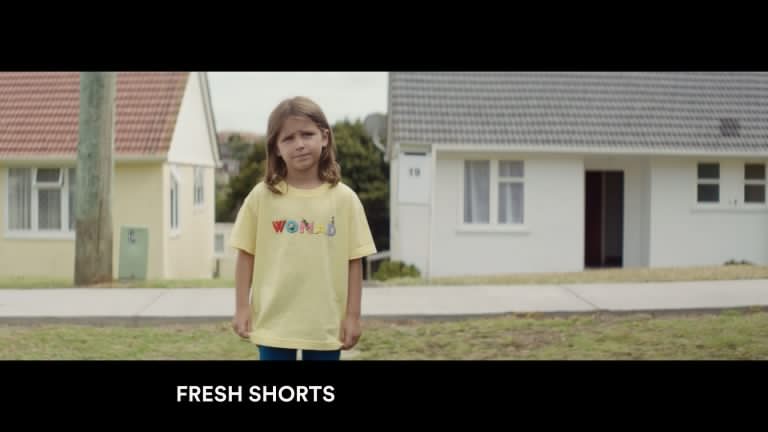 I thought sweet…that is just what I need.  My talent developed.
But then I read more.
Over 60 teams apply each year for the fund.  7-9 get funded… Shit.
Not only that but “teams”.
I had me.
And the more I found out the more I realized that the fund was sought after by real filmmakers who had even made feature films before.
Double shit.
But as sometimes happens.  The idea refused to go away.  It was much bigger than me so I believe the idea took things into its own hands and knocked me on my ass. 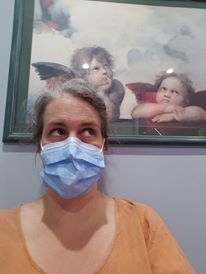 I got pneumonia.   Mind fully alert…unable to do my day job for three weeks…just before the deadline.
In this case, it was divine intervention before I even threw the ball.  If I had been full on working I probably wouldn’t have had the time to submit it.
So I dove in and learned how to write a treatment for a movie…  The one I submitted I was later told by one of the funding members was bigger than “Ben Hur” which for a short is not a great thing.  I had no team.  I had no clue.  But I had a strong idea and a fresh voice so I put it in anyway.  A Hail Mary Pass.
A month or so later I got the great news that my project was selected for further development with 24 other teams. So I would get to go away for a weekend and get help from some of the best NZ filmmakers in the country. Jude one of the heads of talent development at the commission helped me to find two Co Producers to work on the project with me.  Amber Marie Smith from Weta Digital and Belinda Pflaum from Christchurch who has worked on big budget films in line production.  Both of these women worked deeply in the film industry but had always wanted to move into becoming a Producer.
Jude’s comment to me that will always stick was, “Never shrink an idea…instead layer on the support”  The film commission assigned us a mentor.  Jess Feast who made the Award Winning film Gardening with Soul. 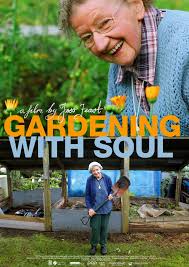 She was brilliant and helped me to deeply get right to the heart of the story I was trying to tell…she forced my hand and had me take it from a space of looking out to instead looking in at what had made me want to share this project with the world.  When I really dug in, the answer was simply…I wanted to figure out a way to stop the world from take the magic from my niece as it had taken it from my mother, my sister, and myself.   And I wanted to do it in a way that might help other mothers and aunties to help their own daughters and nieces to keep their magic into adulthood so that female creative power would no longer be squished under the weight of body shame.
The film therefore has become a documentary about two Maidens, a Mother, and a modern Crone.  They just happen to be my bonus daughter and niece, my sister, and my mother who are going to be facing their own body shame gremlins as they help me to create a Body Positive Festival called Finding Venus.
The project seems to have a magnetic force to it.
To make the simple little short film you need a budget somewhere in the range of 50-100K.  This is if you were paying true value for everything including the time and energy put into the development and production.  Bugger.  Didn’t have that spare.
The grant I was working my ass off to get: 10K.  (this would cover accommodation, and food, and maybe some gear hiring)
But magnetic it was, once I got clear on our why.  Clear on what the film was going to be about that was when the magnetism kicked in.
People started to put their hands up to help.  By the end of the month we had to develop the film this is who we had involved.

​
And as mentors we have been blessed with the following project mentors:

​Our sound designer has worked with the Smashing Pumpkins.  She knew a researcher, Dr Mariana Lopez,  who has come on board to help us make the project cutting edge in accessibility for the visually impaired through innovative sound design.  We will be the first doco in the world to use this technology in this way…we will be their test case…how cool is that?
We had a beautiful musician Elizabeth de La Ray agree to be our composer.
Yesterday we met with Gaylene Preston who has agreed to be our mentor as well.
The support is filling in every gap we find…someone pops up at just the right time to fill it.
I needed our Caravan that will go to each event painted golden…Maria Shadbolt contacted King Street Spraypainters who volunteered their time and paint to paint Coco into a showpiece.
The universe seems to be aligning to make this movie a thing.
And after Belinda Amber and I submitted the final story telling treatment we crossed our fingers but decided that irregardless of the outcome of the grant we were going to make the movie anyway.
But the film commission decided that even though we were a brand new team our idea, our vision, and our passion won out and they have enthusiastically backed our movie.   We became one of the chosen 8 films and the only doco ever in the funders memory to have made it across the finish line to even be considered for the grant. 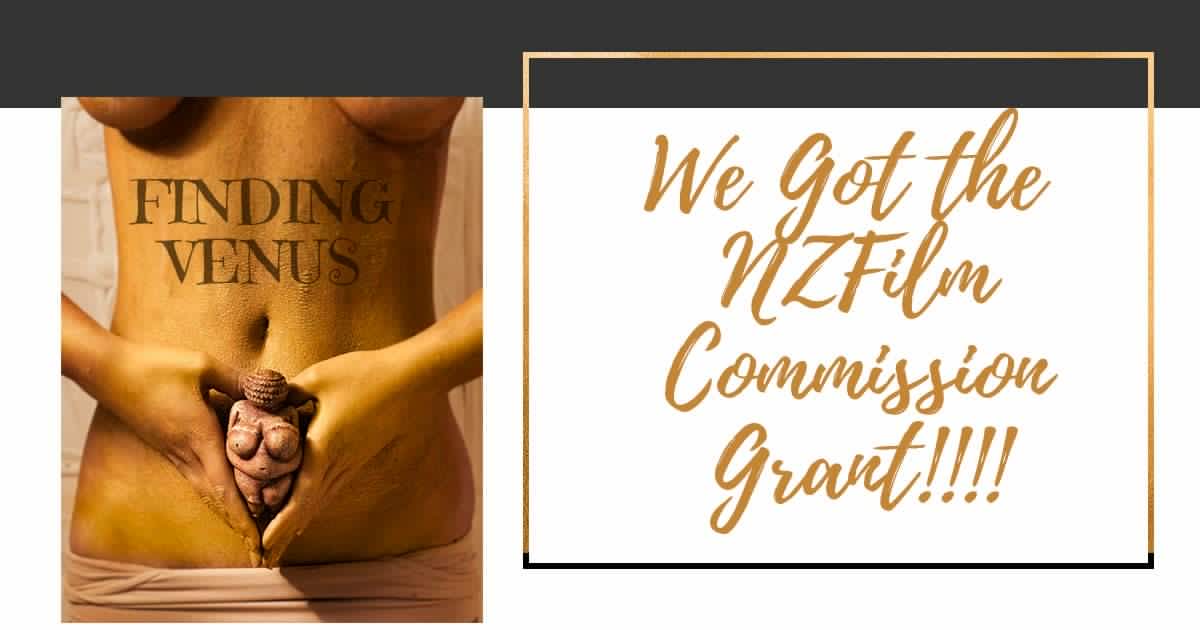 So 2018 is going to be huge. I am stepping into shoes of becoming a director.  Of taking visual story telling to a whole new level.
Jude was right…don’t dumb down the dream…seek the support instead.   So actually we are dreaming bigger.  What started as a me…became a we… a positive Me Too.  The short film will be a prequel to a feature length film we hope to shoot on the South Island in 2019.  That is the plan right now…the first step is the short.
But it takes a village as you can see.  If you would benefit from being part of the making of this film by all means drop your details into this form.   Then when we need help we can dip into the list and ask for specific support. 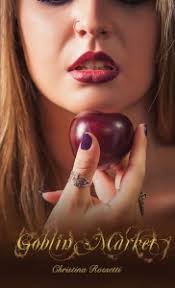 I will let you in on a little secret.  I would never have had the ovaries to attempt this if I had not answered the call to volunteer on my friend Stephanie Sinclaire’s two short films she produced.  I worked in the hair and makeup, and stills departments.  This gave me the chance to see female filmmakers at work doing their thing and creating together, seeing it was possible busted open doors in my own mind of what could be possible.  First I had to give of myself freely and then the universe responded in kind.   The next blog I will be writing all about connections and giving of service and its necessity in doing your best creative work.
In the mean time I am opening up the movie to other creatives to share their gifts to help make this idea come to life and to connect with other like minded artists.  If this sounds like you then become part of the Finding Venus support crew here.
And please feel free to spread the word about the project as a whole we need to make sure we have people there for the event so if you would like to know more about the Finding Venus Festival here is that link as well.
​
Click here to take a peek at  our Fresh Shorts Application

0 comments on “Creative Mojo Dojo: Becoming a Magnetic Storyteller The Film Commission,The Venus, and the Hail Mary Pass”Add yours →